The “series of unfortunate events” for Ballet Manila began even before the pandemic. The country’s top ballerina opens up on how she and her premier dance company are coping and adapting to survive the new normal.

By LISA MACUJA-ELIZALDE
Copied to Clipboard

As a dancer, much of my waking life revolved around “finding my center.” In ballet language, when a ballerina is en pointe, she keeps herself balanced by keeping her center of gravity in a vertical line above the toe, on which she is standing. If her center is not aligned, she will get off-balance and topple.

Moving into over 100 days in quarantine, finding that center each and every day has been my compass, my anchor, my very lifeline. Without this mental and physical discipline that had come naturally to me through the years, everything that has happened over the last eight months would have driven me to some hysterical drama that would have put Giselle’s mad scene to shame!

For Ballet Manila, the series of unfortunate events did not start with the COVID-19 pandemic. In October 2019, we already lost both our home theaters to the fire that ravaged the Star City complex, and had since been dancing as an itinerant company, moving from stage to stage.

That tragic incident pushed the company out of its comfort zone and left me feeling powerless to predict how we can continue with the rest of the season. Fortunately, two weeks later, the Cultural Center of the Philippines (CCP) offered us its main theater so we could perform our scheduled classical production, Giselle. We also managed to mount two smaller shows but in two other venues. We were adjusting on the fly, but I knew how important it was for us to still dance.

On March 8, we threw a cast party to celebrate the closing of Ballet Manila’s 24th performance season — for which we had a back-to-back world premiere of two new choreographies inspired by immortal operas: Carmina Burana by Rudy de Dios and my own version of La Traviata. Despite the many challenges the production presented, everyone was in a jubilant mood, particularly buoyed by the fact that we had been able to successfully hurdle what we considered as our toughest season ever.

Or so we thought.

No one could have imagined that exactly a week later, we would have to close our doors to the outside world, not really certain what would be waiting on the other side when they tell us it’s safe to go out again.

As the company director and CEO, a lot of crucial decisions had to be made urgently. We were forced to make plans and move schedules without knowing if the lockdown protocols and timetable would actually allow them to be realized.

Our school’s Must Dance recital in March had to be cancelled. It was heartbreaking for all of us, especially for the students who eagerly awaited this joyful “graduation” from their year of ballet training. Not losing hope, we still planned to open our summer intensive classes on the very first day after quarantine would have been lifted. But that didn’t happen either. Then, there was the company — no studios, no classes, no rehearsals. Everything went on full stop. And that also meant no income.

Admittedly, I was pushed to my breaking point as an administrator and as an artist. I went into a period of shock, denial, complete state of inaction, and yes, fear. I couldn’t sleep. Everything seemed so gray and dreary.

In the home front, I was also very much concerned about the well-being of my loved ones — parents and husband who are all vulnerable because of their age, plus two children who were both living abroad and were trapped by the travel ban. I felt the weight of responsibility, every ounce of it, pushing me to my knees. Anxiety whirled around me like a hurricane, throwing all sense of order into a pile of wreckage. I was toppling… And needed to find my center — quick!

Around three weeks into quarantine, I decided to boost my dancers’ morale — and my own as well — by calling for an online company meeting. There, we agreed to schedule company classes three times a week through a web-based platform. I also began to open myself to other opportunities to connect with the outside world, so to speak, by giving a ballet class via Facebook Live to support Philstage’s Open House fundraising activity.

“ Although the company was closed and all performances have been cancelled, the school went on. Our selection of classes actually grew and developed as we planned, prepared, experimented, marketed and taught online. As one teacher put it: “It was like building a plane and flying it at the same time. ”

Being able to be with other artists again — albeit virtually — and joining efforts to regain a sense of balance and productivity while coping with the challenges of a pandemic helped me get back on my feet and start feeling optimistic again.

Soon after, I opened up our Ballet Manila company class to anyone who wanted to log on and take a class with our dancers and immediately got 12 sign-ups! This was when I realized that we could continue with our school online.

So that’s what we did. Although the company was closed and all performances have been cancelled, the school went on. Our selection of classes actually grew and developed as we planned, prepared, experimented, marketed and taught online. As one teacher put it: “It was like building a plane and flying it at the same time.”

From an initial offering of thrice-a-week ballet classes in six levels, our online ballet classes have now blossomed into tailor-made modules like the Dance-With-Me classes,  in which young students can learn ballet and dance with a parent or older sibling. As I write this article, we are about to launch Phase 2 of our online program that will enable the student to gain a certificate, pass an exam, and have a recital after daily classes on a two-month commitment. All of these, we never would have considered had it not been for the challenge of adapting to our new, virtual teaching environment.

Through these hard times, I am very proud to be able to say that I honored our company’s existing contracts with fully paid dancers and staff until these contracts ended last May. But what I had to do next was utterly painful and hard. The company could only afford to keep a core group of principal dancers and soloists, at almost half of what they would normally earn. I had to retire some people and re-train others. Like many companies across different industries, we had entered a “survival mode.”

My main focus now is to continue with the school until such time that we can manage to sustain a full company again.

These all happened as we were preparing to mark an important milestone — our 25th anniversary. No plans have been made for that as of now. It would be impossible.

In the midst of the mad scramble to adapt to this massive change and the difficult decisions I have to make every day, I try to concentrate on the silver linings. All the teaching and demonstrations have actually kept me in tip-top shape. In fact, maybe I am even stronger now — in mind, body, and spirit!

“ I’ve cried. I’ve laughed. I’ve gotten food poisoning from take-out. I have become quite the techie. I’ve been reunited with my son, who came home from New York. I am sleeping better. And when I dream, I see people in little squares. ”

I retired from performing more than three years ago, and yet, when asked to dance for a dance video that would raise funds for displaced artists, I gamely put on pink tights and ballet shoes, and have tried my best to move and share what I know.

Early in the quarantine, I came up with a Ballet Minute video series on Instagram, where I give tips to students dancing at home, things that I have learned through decades of performing. Three of the productions from my Swan Song Series are streaming online.

I’ve cried. I’ve laughed. I’ve gotten food poisoning from take-out. I have become quite the techie. I’ve been reunited with my son, who came home from New York. I am sleeping better. And when I dream, I see people in little squares.

And yes, I still experience bouts of fear and helplessness. But at the same time, I am surviving in the new normal. And for that, I am forever grateful. 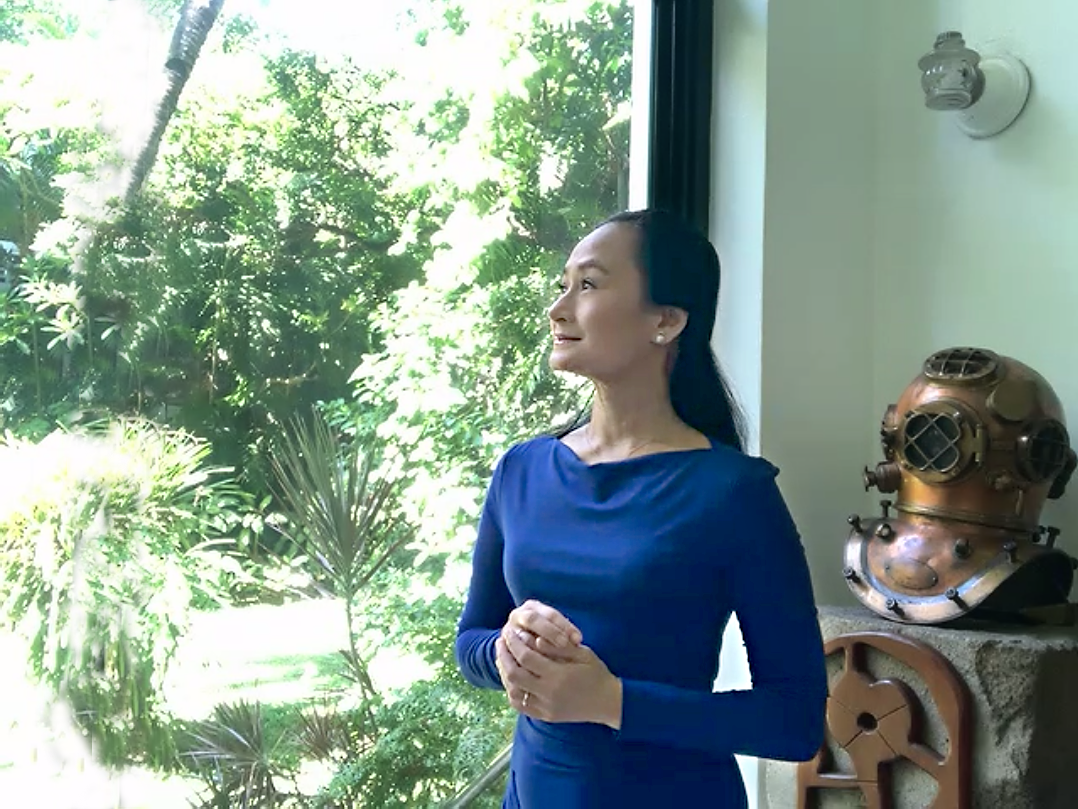 Lisa Macuja-Elizalde is the CEO and artistic director of Ballet Manila and directress of the Lisa Macuja School of Ballet. She was the country’s first and only locally based prima ballerina for three decades, until her retirement in 2017. As an artist and visionary, she has received numerous awards for excellence, both locally and internationally, including the Ten Outstanding Young Filipinos in 1995, Ten Outstanding Young Persons of the World, and the Order of International Friendship from the Russian Federation in 2001.