Plan B — Surviving the COVID-19 pandemic without a vaccine

An infectious diseases specialist says that if a vaccine is not developed in the near future, people will need to learn to live with the virus in a long-term fashion. Prevention measures with strong evidence behind them need to be universally adopted. Masks, physical distancing and eye protection will keep cases manageable as the country opens up.

Oh, no. A tickle in your throat. A headache. You wore the mask but wait, did you accidentally touch your face? Didn't that guy in the bus cough and his nose was exposed? Why did you eat with those three people at work, even if they had no symptoms?

This is how a lot of COVID cases start. Many people then try to blow it off. It’s just an allergy, or maybe a cold. It is the rainy season, and lots of people have the sniffles. You might have the flu instead. You didn't get your flu shot this year...

Then the fever hits. And the chills. Then the mental anguish. Did you expose your family? Should you isolate? Won't they lock you up? How do you get tested? Maybe if you don't get tested and it goes away, no one will notice. How will you and your family survive if you can't work?

This is the psychological barrage that COVID-19 suspects go through as they struggle to accept the fact that they might be sick, they might have infected their loved ones, and they might die. Even if they don’t die, the cost of hospitalization coupled with the inability to work can financially ruin many people. As more and more businesses close for good, there is less work available. As the economy craters, the government has less and less money for social amelioration. Without extraordinary action, many, many people are going to starve.

The Philippines is not the only country going through this crisis. This is indeed a “black swan” event for the world, and the death and economic toll are unprecedented in modern times. Yet this is not the only pandemic we have seen in our lifetimes. The HIV pandemic has continued for 35 years and has infected over 76 million people with over 33 million deaths. The 2009 influenza A(H1N1) pandemic is estimated to have infected at least 700 million and killed more than 150,000 people. COVID-19 has been compared to the 1918 Spanish influenza outbreak with good reason. The Spanish flu hung out for over a year and is estimated to have killed 50 million people. Fortunately, we have since had many scientific advances and the global community has found effective treatment and prevention strategies in the last few months. Many are hopeful that an effective vaccine will be found in the next few months, and many more medicines are in clinical trials as the world struggles to cope with the SARS-CoV-2 virus

There are three ways out of a pandemic. One, the virus burns itself out. Two, an effective vaccine is developed. Three, widespread herd immunity is achieved. The first scenario does not look like it will occur. The second scenario is what most are hoping for, to drastically decrease the number of natural infections and deaths. The last scenario will result in several billion infections and millions of deaths, unless the number of cases can be spread out over time to allow the healthcare system to cope.

While waiting for a vaccine, what is the best strategy? Early on, many nations adopted the “hammer” strategy. This was basically a hard lockdown to protect the healthcare system, especially in places where healthcare capacity was limited. This gave time for effective treatments to be developed. This was the rationale for shutting down the Philippines early and hard — we have a limited healthcare system at about 10 percent of the capacity of the United States, and we wanted to buy time to learn to properly take care of COVID-19 cases. A recent study has shown a clear correlation between early and strict lockdowns as a major factor in keeping deaths low. While most countries have had different success rates at keeping cases down despite hard lockdowns, early and harsh lockdowns have clearly been the difference in reducing the absolute number of deaths. This is likely due to several factors, including preservation of the critical care capacity; prevention of exponential growth of cases; and giving the healthcare workers time to learn and apply the best treatment protocols. Over time, evidence for the most effective prevention and treatment strategies emerge and these are then applied and prevent many deaths downstream.

“ If a vaccine is not developed for years (or ever), the strategy that needs to be adopted is one where we learn to live with the virus in a long-term fashion. Prevention measures with strong evidence behind them need to be universally adopted. ”

Some nations have had early successes in “bending” the curve where the virus is eliminated from the community with lockdowns, contact tracing, testing and isolation. However, many of these countries are now seeing second waves from importation of cases as they open up, or as returning residents are repatriated. It then becomes a question of whether opening up borders and the economy can be balanced with an expected surge in cases, and whether such surges are controllable.

If a vaccine does become available in September, then the medium-term strategy shifts to mitigation. This is when the healthcare system is protected from sudden surges in order to keep deaths low. These may necessitate periodic lockdowns especially in countries with low healthcare capacities. This strategy may work for a short time, but it will not be sustainable over the long term. Periodic widespread lockdowns eventually take their toll on the economy, resulting in excess deaths from poverty. This strategy is only viable if a vaccine becomes available soon.

“ The emergence of a potentially more infectious variant was seen worldwide and was confirmed locally. ”

If a vaccine is not developed for years (or ever), the strategy that needs to be adopted is one where we learn to live with the virus in a long-term fashion. Prevention measures with strong evidence behind them need to be universally adopted. Masks, physical distancing and eye protection will keep cases manageable as we open up. A certain number of cases will continue to circulate in the community, gradually building up herd immunity. There is some uncertainty to this strategy as we are still not sure how long immunity lasts. If we lose control of the surge, it can still result in widespread deaths. However, this is the most viable solution and should remain the default since the discovery and availability of a safe and effective vaccine is not guaranteed. 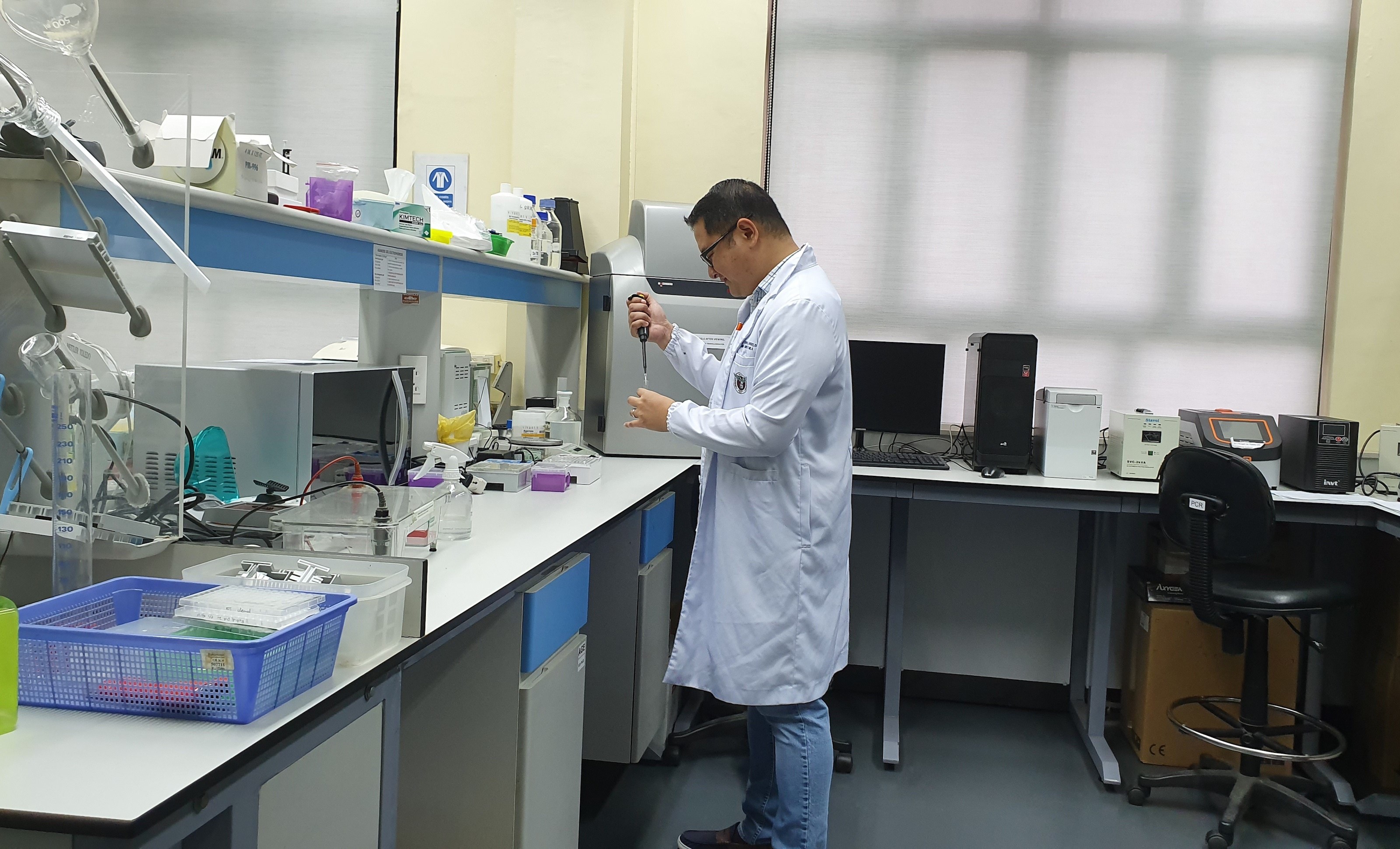 The Philippines was able to suppress case numbers between April and May and keep deaths low. However, a major factor in the resurgence of cases was the continued repatriation of about 100,000 returning overseas workers. Coupled to this was the gradual resumption of economic activity and relaxation of quarantine measures. As a third strike, the emergence of a potentially more infectious variant was seen worldwide and was confirmed locally.

“ We need to keep the surges manageable, otherwise deaths will skyrocket. ”

A second epicenter emerged in Cebu, which seems to have been successfully suppressed with the escalation to ECQ for one month. In NCR, cases surged anew in late July and hospitals and critical care beds reached full capacity. A new MECQ was declared, to the chagrin of economic experts and to the relief of healthcare workers who were in danger of burning out and being overwhelmed. Hopefully the two-week timeout is enough of a breather and we can continue to manage cases and maintain our low death rate.

If we look at our current situation, we are well poised to use the long-term mitigation strategy. Out of the 25 countries with more than 100,000 cases as of this writing, we have the one of the lowest number of deaths. This is quite remarkable, in contrast to countries with more abundant resources such as Spain and Germany having much higher numbers of deaths. This can be attributed to the early lockdown, which prevented our healthcare system from breaking down. It also allowed healthcare workers to learn how to optimally care for patients. During this span, high flow nasal oxygen, dexamethasone and remdesivir were shown to significantly improve outcomes. All three are now standard of care for severe COVID-19 patients. This relatively low number of deaths in the setting of a large number of cases may not be so bad, especially if an effective vaccine is never developed. We are slowly building immunity in the population while minimizing fatalities. To be sure, we need to keep the surges manageable, otherwise deaths will skyrocket. Ultimately, this may be the most successful long-term strategy to live with and eventually neutralize this virus. 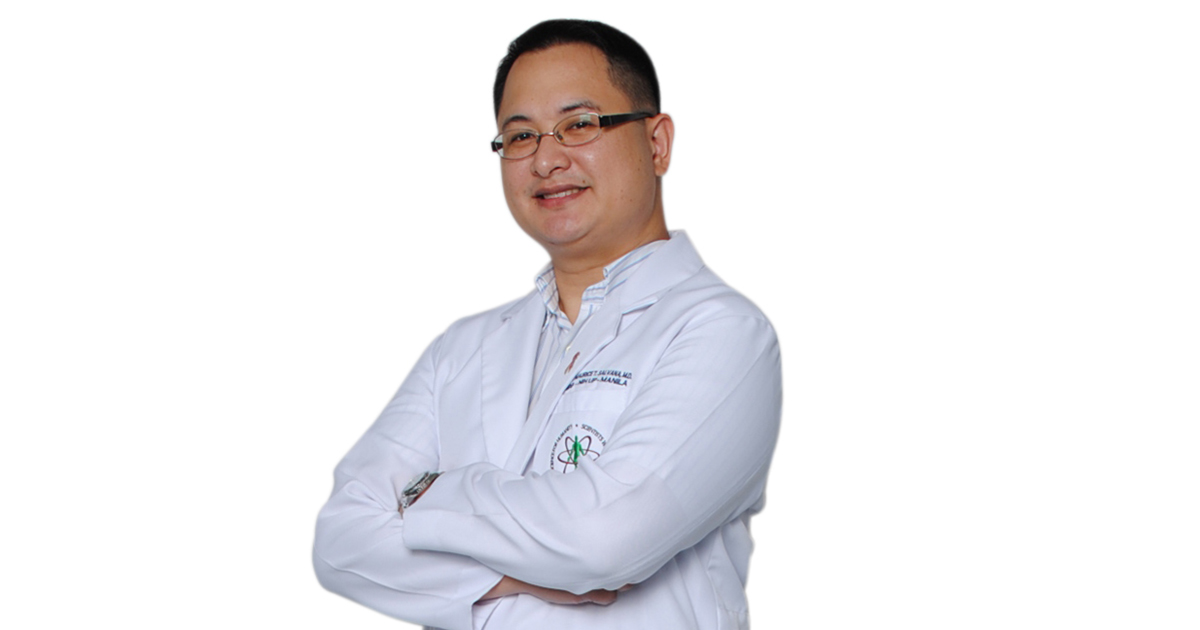 Dr. Edsel Maurice T. Salvana, MD, DTM&H, FPCP, FIDSA, is an internationally recognized infectious diseases specialist and molecular biologist at the University of the Philippines and the Philippine General Hospital. He is the director of the Institute of Molecular Biology and Biotechnology at the National Institutes of Health at UP Manila. He has spoken and written extensively on the COVID-19 outbreak, and serves on the Technical Advisory Group of the Inter-Agency Task Force for the Management of Emerging Infectious Diseases.