Four months after the lockdown, production of new and returning TV programs is picking up but nowhere near the action pre-COVID-19. The public affairs head of a media giant gets real on the “new normal” newsroom situation — upsides, downsides and other things in between.

By NESSA VALDELLON
Copied to Clipboard

A week before the lockdown, I was in the middle of shooting two films — what I dreamed would be the comeback projects of GMA Pictures — and was literally pulling my hair figuring out how to divide my time between their location shoots. A day of shooting the rapids in Samar for the romantic-comedy was followed by a day in the slums of Baseco for the family movie; there was a lot of running involved.

Back in Quezon City, our Public Affairs office was buzzing. Crew members were being trained to use a newly-arrived fleet of Arri Alexa Mini and Canon C700 full-frame cameras. One of our drama teams had just started shooting a primetime comedy soap. One of our documentary teams had just finished the ocular for our first 4K documentary. There were more projects than we had people for. We were creating online content, a slew of TV shows in different genres and finally… our very first movies and documentaries for the big screen.

Or so we thought.

The enhanced community quarantine was announced. One of our directors of photography was hospitalized with pneumonia, fell into a coma and then passed away. He was COVID-19 positive. He was newly married, with a nine-month-old baby. We were in shock.

My oldest friend in the network and one of our most respected journalists would become COVID-19 patient 2828. More cases of suspected positives from our department were reported, and we frantically did contact tracing and figuring out how to get our staff tested. Just finding a van or ambulance that would agree to bring persons under investigation (PUIs) to the hospital was a challenge during those first days.

The production of all our shows except for the flagship newscast came to a halt. Ad loads plunged. We suddenly had hundreds of employees and talents with no way to work — their television shows on replay, their films and special projects on hold. Those were just the personnel on our official payroll. There were freelancers, caterers, rental equipment suppliers and extras who immediately lost their livelihood.

“ Our Public Affairs creatives began opening small online businesses — mostly food-related — while awaiting word about the comeback of their programs. A few actively went into day trading, doing arts and crafts, organizing webinars, feeding frontliners and gathering donations for the worst hit. But there were others who fell into states of depression. ”

Stuck at home, my days felt long and stretched, and would repeat themselves in a weird, seemingly endless cycle — in front of the computer answering questions from our people about when they could work again and how they could work safely again. I had no answers. Sanity came serendipitously.

When our neighborhood grocery ran out of bread loaves, I decided to learn how to bake bread. In between online meetings, I would wait for various iterations of dough to rise, make a cake, layer lasagna — elaborate dishes I’ve never had the inclination to make before. The smell of freshly baked goods brought about the much-needed cheer. I felt like a producer again, in another sense of the word.

Our Public Affairs creatives began opening small online businesses — mostly food-related — while awaiting word about the comeback of their programs. A few actively went into day trading, doing arts and crafts, organizing webinars, feeding frontliners and gathering donations for the worst hit. But there were others who fell into states of depression.

A month, then two, passed and advertising started to pick up. Our morning show Unang Hirit and primetime flagship Kapuso, Mo Jessica Soho went back on the air, albeit with a lot of their video shot via Zoom.

We upped the production of digital titles to 11 purely online programs — these were much cheaper to produce than TV content. The digital shows got millions of views with the audience also still at home. But monetization did not match the number of views and could not support many salaries.

“ It is far from business as usual for any of us. Each story and interview we gather for our shows these days seem more miserable than the last; the pandemic has caused so much suffering. ”

In the past month came better news: Public Affairs has the go-signal and the advertising support to produce TV programs again. This means more jobs for our people, though not in full force. Fresh episodes of our wish-giving program Wish Ko Lang have returned, back-to-back with investigative specials of Imbestigador.

Our news channel is launching five new programs under the umbrella title New Normal: The Survivor Guide. And we are slowly reviving production of our revered Public Affairs documentary strip led by Reporter’s Notebook and I-Witness. I am endlessly grateful that GMA Network supports documentary programming even in these difficult times.

But it is far from business as usual for any of us. Each story and interview we gather for our shows these days seem more miserable than the last; the pandemic has caused so much suffering.

“ There are upsides, of course. While I still pull my hair sometimes from the stress of work from home, I have never been more grateful to have work in the first place. ”

I do not know when the two films we began shooting in early March will be finished. Even the most bullish of financial computations results in a loss. As of this writing, theaters are not open yet — they will probably not do well once they do open — and the film festivals I was planning to enter have not posted updates. The movies are literally in suspended animation.

The brand-new film cameras I was so proud of being in the custodian’s warehouse, gathering dust.

Four months after lockdown, I miss the sights and sounds of my pre-COVID office: the TVs on full blast, the researchers on the phone begging for interviews, the laughter during meetings, co-workers passing merienda around as they run after deadlines. The only running I do now is from a makeshift office in the corner of the living room to the kitchen and back.

There are upsides, of course. While I still pull my hair sometimes from the stress of work from home, I have never been more grateful to have work in the first place.

I get to closely watch my five-year-old grow up. He Zoom bombs my meetings a lot. I also don’t need to buy bread from the store anymore. I make it myself.

But homemade bread notwithstanding, the new normal sucks. No other way to put it. It’s been tough on all of us. 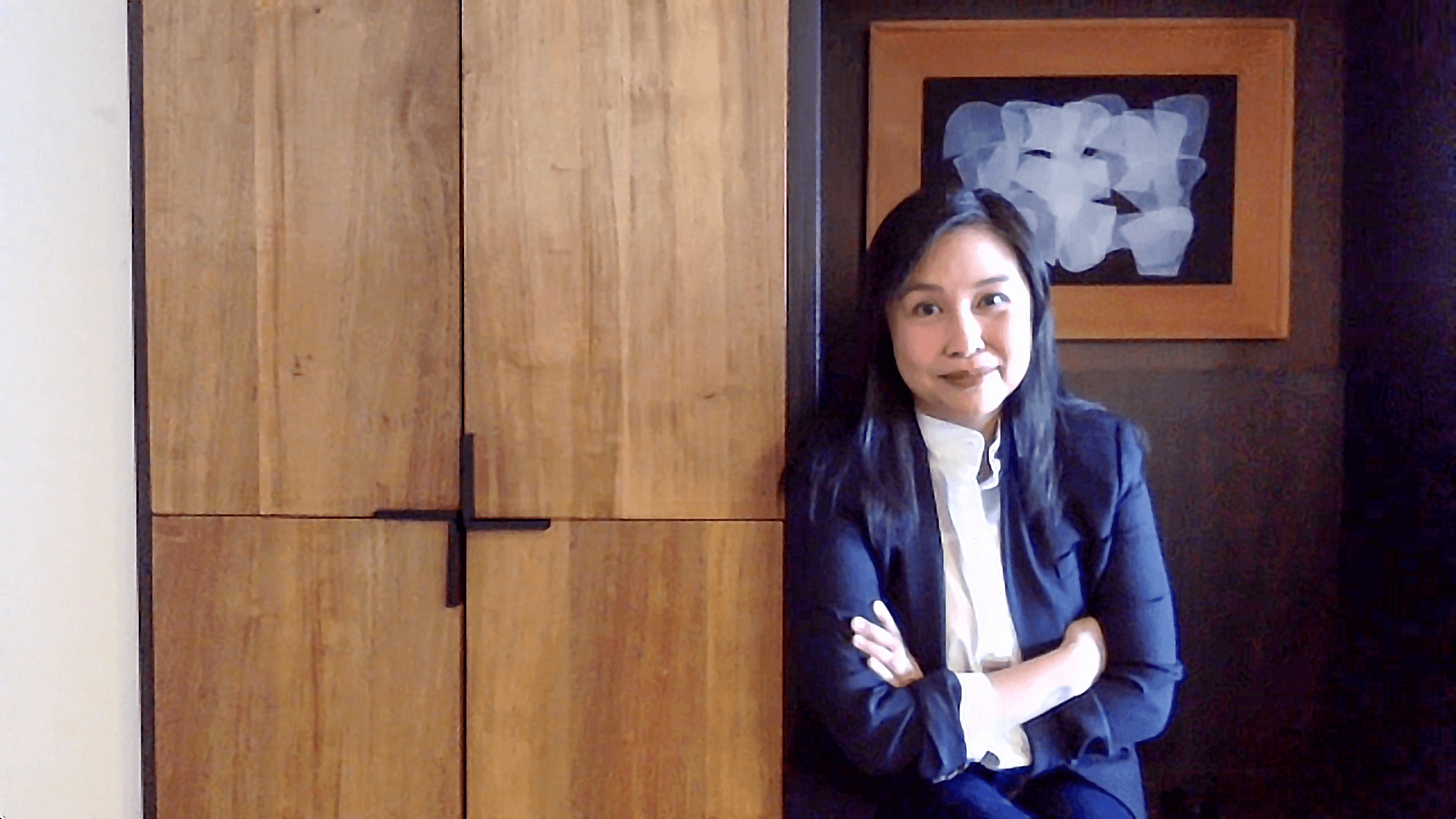 A television producer for over two decades, Nessa Valdellon began her career with The Probe Team then produced documentaries, magazine and reality shows and dramas for GMA Network. She spearheaded the launch of the news channel, GMA News TV. She was also the creator of social realist series Bayan Ko, Titser and the mobile journ newscast Stand For Truth. She is currently the first vice president of GMA Public Affairs.