Bike Scouts is an idea and a hope that people can come together and share all of their strengths, hopes, and courage to save the lives of those caught in storms, stranded by circumstances, or exhausted by the things that no human being should have to go through alone — the pandemic included.

By MYLES DELFIN
Copied to Clipboard

On the day typhoon Yolanda made landfall in 2013, our volunteer group, Bike Scouts, posted for the first time on social media.  A few hours later, our membership had grown to 200 people.

Our team met in a small office to organize a deployment to the epicenter of the disaster in Tacloban City and Samar province in the Visayas. Within 48 hours, Bike Scouts teams were riding as Volunteer Bicycle Messenger teams in the places that were most devastated by the category five typhoon.

Typhoon Yolanda is one of only two super typhoons that are considered to be the most powerful storms to make landfall in human history. In its aftermath, we provided people with an alternative means of communication and access to essential supplies using bicycles.

Since then, we have served as the only continuously operating Volunteer Bicycle Messenger service for disaster response and social good in the world. The biggest accomplishment of Bike Scouts, though, is bringing people together as a community to do things that make a difference. Everything that we do is made possible by the network of support from communities around the Philippines and in at least seven countries around the world.

In the past six years, we have been actively working in most of the major disaster events around the Philippines including typhoons Tisoy, Ursula, Ambo, the Taal Volcano eruption, and the COVID-19 global pandemic.

Our riders delivered face masks, food, blankets, and critical medical supplies to people stranded in isolated and informal evacuation camps scattered throughout the areas affected by the Taal Volcano eruption. Among the most important things our team delivered were essential medicines for people suffering from life-threatening conditions and nebulizer machines for people suffering from asthma who could not get to pharmacies or hospitals because of the lockdown. To do this, our riders rode distances of up to 200 kilometers in a day, and sometimes at night.

“ Being a Bike Scout gives us the unique experience of being the rider of a bicycle that brings light to the eyes of many who have already started to believe that they had been forgotten. ”

Around the time that COVID-19 was declared by the World Health Organization to be a global pandemic, our team had been working in three consecutive typhoons and a volcanic eruption. To make matters worse, the pandemic brought an overwhelming set of challenges caused by the quarantine lockdown that made it almost impossible to do anything — but then people from different places around the Philippines started sending requests for help. Most were mothers and fathers who had lost their jobs and ran out of money to buy food and milk for their children. There were also the medical frontliners working in COVID-19 wards that had to walk to their hospitals because of the shutdown of public transportation.

The pandemic was undoubtedly difficult for everyone, but one of the unique things about Bike Scouts is that it’s built to be a community of people that collaborate to provide a highly scalable network of support. Through this one-of-a-kind platform, we rounded up bicycles that were lent to medical frontliners and people that had to do essential work. 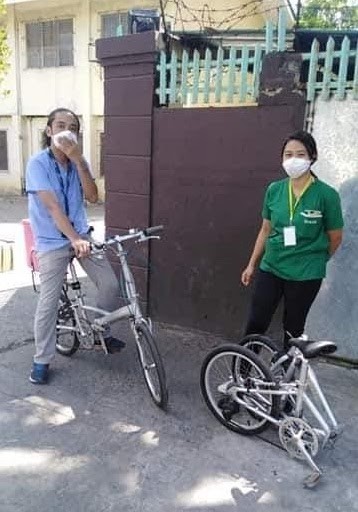 Some volunteers provided free bicycle repair on the road to support those that have just started to ride bicycles. Some rode out with bags of supplies to places where people and families have lost everything. These were hard-to-reach places paved with narrow alleys and dirt trails. They delivered food, medicine, and words of hope that would help the recipients keep going for at least another day.

Throughout more than half a decade of riding to aid people isolated by natural disasters, the most challenging part of the job for us is the sudden flood of emotions of people we meet when they realize that we actually ride for them. This was our experience riding in the most devastated places in the aftermath of typhoon Yolanda whenever we delivered presents to street children on Christmas Eve, and during the many supply deliveries that we’ve done in the midst of the pandemic.

“ We use bicycles to get around because it’s the most resilient form of transportation. Bicycles can ride over almost anything; they don’t require fuel and are easy to maintain and repair. ”

Being a Bike Scout gives us the unique experience of being the rider of a bicycle that brings light to the eyes of many who have already started to believe that they had been forgotten.

We use bicycles to get around because it’s the most resilient form of transportation. Bicycles can ride over almost anything; they don’t require fuel and are easy to maintain and repair. We’ve carried all kinds of cargo on our bicycles ranging from packs of rice, medical equipment, bags of IV fluid, solar lamps, evacuation tents and the longest distance we’ve ridden to do our work as Bike Scouts is more than a thousand kilometers on a single ride.

Bicycles have been quietly providing people access to communications, food, medicine, shelter, and hope in some of the worst disasters that have happened around the Philippines in the past six years. Bicycles were first to reach the flooded villages around Lake Naujan in Mindoro right after typhoon Melor, and many other places in the aftermath of many other storms.

We’ve been working to establish bicycle mobility in many places where there are local Bike Scouts teams. We have been providing them with the tools and technical support from partners like the Embassies of the Netherlands and Denmark to create a bicycle mobility initiative that will not just make bicycles a principal means of transportation in their respective communities but also establish a cycling culture that will serve as an important tool for local resilience in times of natural disasters.

Using bicycles, our teams have also helped gather data about the humanitarian response during the global pandemic as a part of the UNOCHA’s Community of Practice on Community Engagement’s report.

Bike Scouts is a one-of-a-kind community and social platform where we defy everything that keeps us from becoming better versions of ourselves. Every day, we have members who do amazing things individually, with an entire global community behind us to help and inspire others to do good things, no matter the outcome.

Ours is an idea and a hope that people can come together and share all of our strengths, hopes, and courage to save the lives of those caught in storms, stranded by circumstance, or exhausted by the things that no human being should have to go through alone–the pandemic included.

We ride as Bike Scouts because, after more than half a decade of riding into storms, we know that all of us need the reassurance that no matter what happens in life there will always be someone who will ride for or with us. 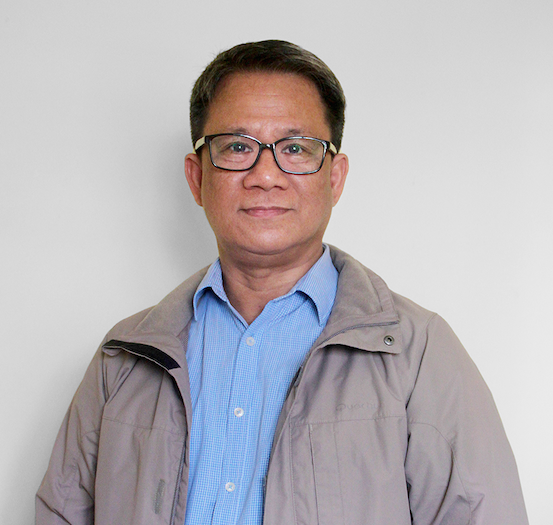 Myles Delfin is the founder of Bike Scouts (bikescouts.org), a social platform for people on bicycles that do local good with the help of a global community. Bike Scouts is also the only Volunteer Bicycle Messenger service for disaster response and social good in the world. Bike Scouts provide an alternative means of communication and access to supplies for people that are affected by severe natural disasters like Typhoon Yolanda, the Taal Volcano eruption, and the Covid-19 global pandemic.