Coronavirus and the Cinema

The meandering longshots and evocative close-ups reside in the lens of the cinematographer’s soul as he or she executes the vision of the film director. Here’s a take on the fate and future of the film and TV industry in the Philippines in the time of the pandemic from the perspective of an award-winning cinematographer.

Behind the glamour that is associated with showbiz is a lot of hard work, with long shoot hours often held in different locations and a lot of preparations in between takes. This is work that is hard to come by these days, as the usually hectic studios and sets are silent, with the current pandemic forcing both cast and crew to stay at home.

As someone who works behind the camera, I might have to introduce myself. I am a cinematographer who has worked on films such as Tanging Yaman, Crying Ladies, Ekstra, and Ang Babae Sa Septic Tank. I am currently part of the GMA show Daddy’s Gurl with lead stars Maine Mendoza and Vic Sotto — now shooting episodes from their own homes because of our “new normal.”

I think my path was destined to take me to “La-La Land.” I was an imaginative child, one who was immersed in stories in my childhood books, creating visions in my head about how they played out. I was so enamored with cinema that I shifted from a pre-Dentistry course to pursue a degree in Communications at the De La Salle University after watching Kidlat Tahimik’s Perfumed Nightmare. I worked in a photography company while pursuing an apprenticeship with Mike de Leon that eventually led to my first film work, Sana Pag-ibig Na with director Jeffrey Jeturian and legendary actress Nida Blanca, as her last film before she passed away.

Cinematography is about bringing the director’s vision to life, using technical know-how and a whole lot of creativity while having a hand in everything that happens on set when it comes to set design, lighting, costumes, and the like. It’s actually like reading my childhood books again and bringing a story to life through my imagination.

I have to say it takes a lot of imagination in my line of work these days. For Daddy’s Gurl, scripts had to be rewritten to fit the quarantine scenario. Our actors are not used to shooting by themselves, so we had to coach them about where to place the cameras and how to act as if they were talking with each other. We also had to adjust to our post-production to make it look like they are interacting. One of our constant challenges is our internet connectivity.

“ Discipline will be of utmost importance. Everyone should be prepared to work. Actors should come in with their lines already memorized. There will also be disinfecting prior, within, and after the shoots. ”

These days, the whole industry has had to do some reimagining, too. As with Daddy’s Gurl, the three movies I was working on had to undergo revisions in their scripts. How production will come together will also experience a drastic change. Pre-COVID, there were about 100 people on set, from the director, set crew, the drivers, even the catering. In big scenes, there would be more, as they would call for extras. Now, with the new protocols that have been produced through consultations with different industry players, they are going to limit the number of people on set to 50.

The number of hours will now only be cut to 12 from the usual 24, 48, or even 36-hour long shoots. This, by the way, will be for the good of everyone, I think. We will be able to keep better hours, which will be healthier for all involved.

To make these changes possible, better scheduling will be necessary for immediate “action” — pun intended. When it is time to take breaks, for example, there will be shifts. While the lighting crew is having lunch, the set crew can do their work.

Discipline will also be of utmost importance. Everyone should be prepared to work. Actors should come in with their lines already memorized. There will also be disinfecting prior, within, and after the shoots. Among the crew, there is a person who will be tasked to check whether people are distancing and disinfecting.

This is not something new, by the way. I was blessed to have an opportunity to work in Thailand with a Thai crew and they have already been practicing some of these time-saving techniques even before COVID-19. When you come in, they have already done their prep work such as lighting, so you can start shooting right away.

Even before COVID-19 hit, the movie industry has already been buffeted by things such as lackluster ticket sales and easy access to foreign films through streaming services. Producers were hesitant to spend money for fear that they will not be able to recover investments.

For this, the government was able to help with initiatives from the Film Development Council of the Philippines (FDCP) to screen more local films at more affordable pricing, and by the sundry of film festivals created by different bodies. It was a good time to be telling stories. We were being ably represented in festivals abroad. Of course, we also have to make sure that the stories were not meant just as festival entries. We have to keep reaching out to Filipinos through our medium to tell our stories and reignite our values. 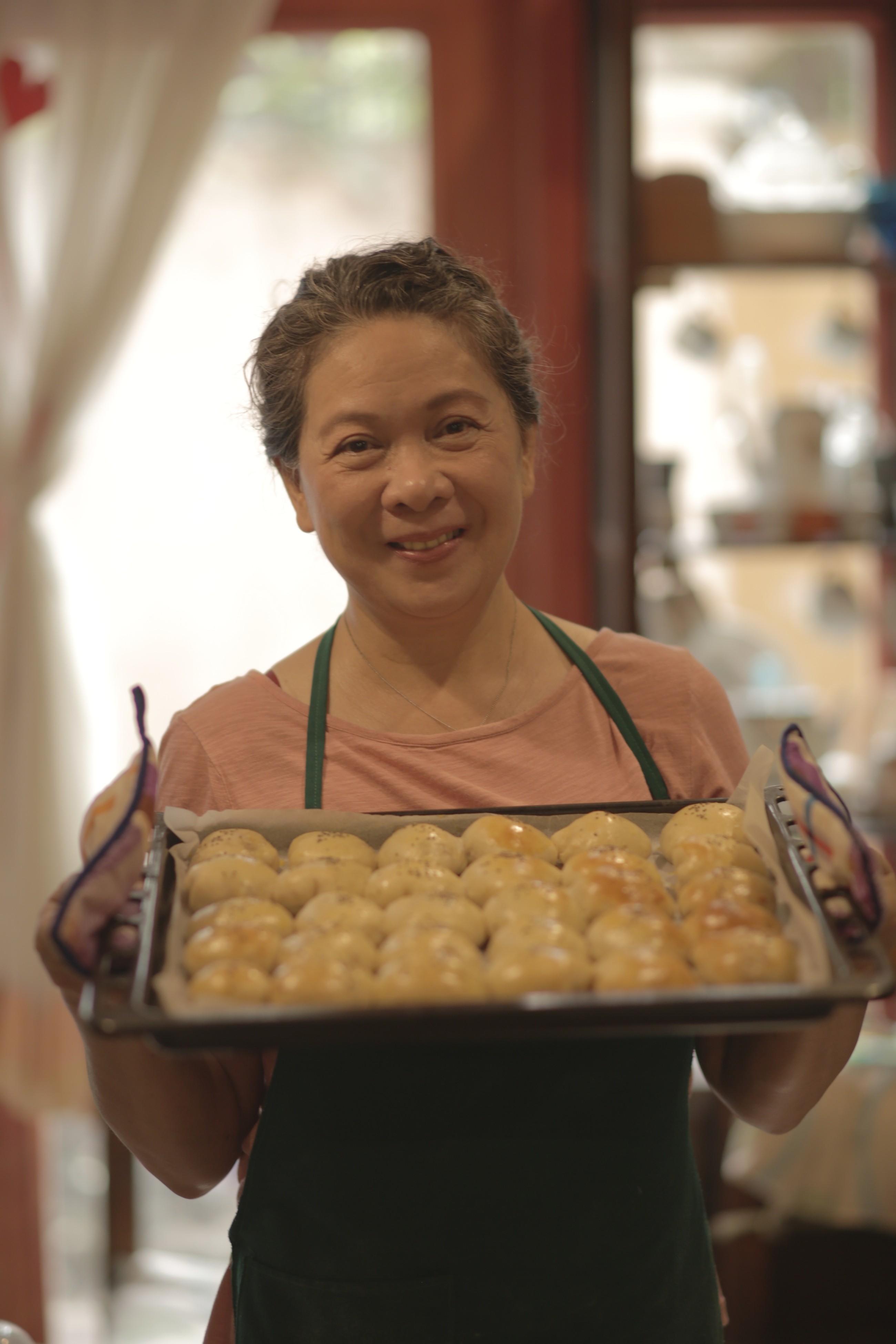 Come COVID-19, the industry is one that has been hit hard by the crisis, especially as the majority of its workers are freelancers. Many have had to find alternative livelihoods to support their families as they wait for the day that the cameras start rolling again. My key grip guy, for example, has started selling tapsilog with his wife. I tell the others in my team to start planting things, and a lot of them are also now into selling or reselling items. What’s both funny and poignant is that I also keep getting news of pregnancies from among the crew.

There have been initiatives by the government, with aid given out by the FDCP and the Lockdown Cinema Club by a group of directors, to raise funds for film workers. These measures can only do so much, though, and the industry really has to take this time to refine its processes and move forward.

I think Ang Babae Sa Septic Tank was a good preparation to film life now. It showed me that so many things are possible if you step out of the norm. You can cross lines and cross borders. I tell students that I talk to that you can study the classical and then do a vertical. Basagin mo and see if it works.

As I and the other members of the industry are answering the call of Vice President Leni Robredo to produce learning materials for the Department of Education’s distance learning initiatives, the film reels of the movie and advertising industry have also started turning.

The movie projects that were put on hold are now being updated, with a great rethinking of how to do things differently. Questions arise, of course, about how we are going to show intimate scenes, or how are our characters going to do the sampalan? Because cinema is a reflection of what is happening in society, there might even be scenes of characters wearing masks. The challenge there would be how to show facial expressions effectively, and how the masks will affect audio.

Through all these challenges, here is how the public can help — stay healthy. Keep yourselves, your families, and your communities healthy. With the new protocols, more outdoor shoots are encouraged, so we have a need for healthy communities where we can go on location. This will also help the communities because, with our projects, we can promote their local tourism.

As for the stories that will come out of this experience, I think these will be ones with uplifting messages of hope. It’s about moving forward with our Filipino values, and kindness, compassion, and honesty. 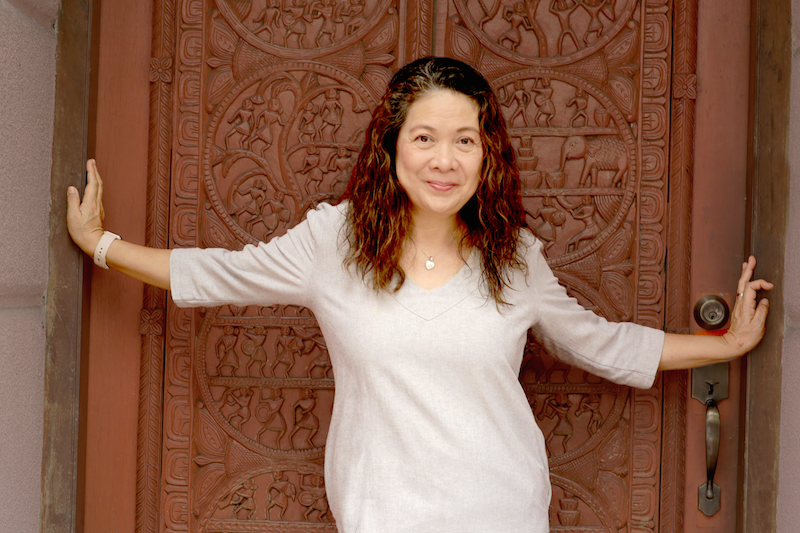 Lee Briones has been working in the film and media industry since 1992 and has been teaching and mentoring the next generation of filmmakers till now. She is an advocate of healing and is a reiki practitioner. She hopes that this new life will usher a more kind, generous and wholehearted life for all.