Life for the arts after COVID-19

The long-time arts patron, who helms the Cultural Center of the Philippines, concedes that the role of arts and culture may have to take a backseat at this time to basic needs like food, health and shelter. She’s urging the government, however, to include culture at the center of economic recovery plans for social transformation.

The pandemic struck like a thief in the night, wreaking unimaginable havoc on people’s lives. Death happened much too frequently, yet no let-up on the pain it caused those who were left behind. Five of my dearest friends died either of the coronavirus disease 2019 (COVID-19) or natural causes, followed by my brother who recently passed.

Coping with personal losses in quick succession has been even much more difficult in isolation. No chance for final goodbyes, no compensatory hugs with family or friends to ease the pain. Alone with my grief, death took on a much deeper meaning. Never have I felt so fragile and so cognizant of God’s will. Being a blessing to others became acutely mandatory.

As a steward of the Cultural Center of the Philippines (CCP), for me, COVID-19 represents an unspeakable catastrophe to the artists of our country. They are a collective national treasure, a permanent tour de force that needs to be nurtured and protected. I am heartbroken for the artists and production staff who suddenly found themselves unemployed. There is an invisible but devastating loss that includes mental anguish and physical atrophy in their situation.

You cannot arbitrarily reposition artists in a factory assembly line, for example, for an alternative means of livelihood without posing an intellectual and artistic atrophy to their psyche. When a dancer is unable to use space to exercise, the muscles weaken and serotonin depletes. When an actor is unable to sing or dance to a live audience, there is no physical connection, which is where they draw their energy and spirit for artful delivery.

Likely affected are those backstage: the stagehands, stage managers, directors, lighting and sound technicians, makeup artists, musicians, costume designers, seamstresses and tailors. Also included in the list of the jobless are the creators: choreographers, composers and set designers. The whole cast and crew are depleted of creative energy and, without art itself, the whole equation is worthless.

COVID-19 has greatly affected all industries but we all know that the last to recover from the financial crises, along with tourism, is the arts and culture industry. The closing of theaters cuts off the lifeline of our various professionals in the performing arts since live audiences can no longer contribute to theater revenues. And let’s not forget the entertainers who were at sea on board major cruise ships who have returned, but only to be added to the list of the unemployed.

“ Theater has existed for 2,500 years surviving wars and pandemics and will come back when scientists have put an end to the contagion and actors can once again hug and kiss on stage and dancers can stage their pas de deux once more. ”

Thankfully, Nick Lizaso, president of the CCP and chairman of the National Commission for Culture and the Arts (NCCA), placed our artists and cultural workers’ immediate needs at the forefront of much-needed assistance, with an assurance of generous support for the arts, as was recently announced.

No one knows when live performances will be allowed. It could happen at the beginning of next year or the following year. I admire individuals who came to the rescue to save the dancers: Ballet Philippines Alumni, Philippine Ballet Theater Alumni, Artists Welfare Project Inc., Open House, Likhaph, and so many generous individuals. I was touched to watch artists help other artists, along with adult dance students who raised funds for their teachers. The generosity of spirit from those who were even in a marginally better state is awe-inspiring.

Will live performances become irrelevant? I do not think we need to worry that theater becomes obsolete. Theater has existed for 2,500 years surviving wars and pandemics and will come back when scientists have put an end to the contagion and actors can once again hug and kiss on stage and dancers can stage their pas de deux once more. In the meantime, everyone must adapt to the current situation: to act, sing, and dance in front of a camera not unlike a TV sitcom. We do what we can for the sustenance of life and art.

The CCP’s artistic group has fast-forwarded its implementation of an online platform, again as a necessity to mitigate the virus’ devastating effects on the economic side of the performing arts. Artistic director Chris Millado has realigned its artistic programs with the goal of protecting lives and livelihood by employing artists in the alternative platforms.

These programs commenced with the Virgin Labfest Festival recently. This annual festival features one-act plays that normally employ hundreds of creative people, including production staff. This activity will at least employ 80 percent of the people the center would in live performances.

In addition to the performing arts, the program will deliver educational content to Filipinos in schools and the public in general, such as master classes in dance, lectures through webinars, and retooling actors for new jobs. On the bright side, the live-streamed online productions have reached a much higher audience count.

“ While the government is investing in the stimulus to prop up the economy, it should not discount the importance of including culture at the center of the recovery to promote and inspire social transformation. ”

Our theater department is also preparing to open up by the end of the year, God willing. Seats will either be arranged in clusters or will only be sold in clusters. One should consider that the CCP is 50 years old, the seats and technical difficulties have to be addressed and updated to override the possible effects of obsolescence.

It’s difficult for me to talk about what the silver lining is in all these when people who are displaced are suffering from malnutrition and mental anxiety over their future. At a time like this, the role of arts and culture may take a backseat until the basic needs of food, water, shelter, and health, even at the minimum are satisfied, according to Maslow’s hierarchy of needs. But while the government is investing in the stimulus to prop up the economy, it should not discount the importance of including culture at the center of the recovery to promote and inspire social transformation. Because the arts influence people and societies’ mindsets; they serve as a stimulus to motivate the imagination to go further in life. 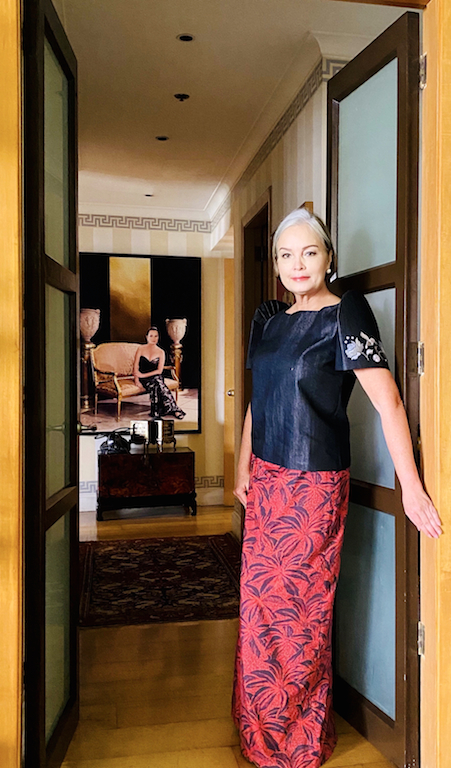 Margie Moran Floirendo, Miss Universe 1973, is the chairperson of the Cultural Center of the Philippines.