There’s always a ‘genie’ in every crisis

The problems caused by the pandemic in the economy are real. But the current crisis is paving the way for innovations that offer solutions to challenges of COVID-19. Among them is Filipino-developed technology ChatGenie, which can help businesses recover and adapt to the new normal.

By RAGDE FALCIS
Copied to Clipboard

History would suggest that interesting inventions are introduced to the public during hard times.

The most recent example is the invention of blockchain technology, which came in the heels of the 2008 financial crisis. But even prior to that, other innovations can be traced back to the largest global depressions on record.

For instance, car radios, tampons, chocolate chip cookies, the Monopoly game, Kraft macaroni and cheese, scotch tape, xerography, and SPAM canned pork made their debut during the Great Depression of the 1930s.

Most of the products introduced in the Great Depression played a big role in helping Americans to recover from the crisis. But also, we recognize these products and brands to this day because we cannot deny how they have since shaped our experience of business, convenience and improved quality of life.

Whether we like it or not, business and society at large will permanently change after a crisis. To put it simply, a crisis is the most conducive crucible for life-changing innovation.

​This is true with SPAM, the famous canned cooked pork that was introduced in 1937 by Hormel Foods, which has since outlived the Great Depression and many recessions after.

Its role in World War II is well documented. SPAM provided American GIswith a food provision that doesn’t need refrigeration; it can be eaten without heating and has a long shelf life, winning the hearts and minds of people in South Korea, Japan, Philippines, and eventually, the world.​

To make the most out of this economic upheaval, we have to watch out for products and services that will be introduced from this crisis. And while we are waiting for these innovations to get out to the market, let me share our very own innovation entry that was introduced with the help of the current crisis.

This pandemic crisis has triggered the long-awaited recession predicted by economists. Unlike the downturns of the 1930s, 1998 and 2008, it’s not the banks that screwed up this time. The world economy is forced to shut down so that we can have a fighting chance against COVID-19.

Experts say that this crisis is unprecedented. The conventional tools that central banks have at their arsenals, such as stimulus programs and low-interest rates, will not be enough for a quick economic recovery.

The pandemic crisis forces people to stay within the confines of their homes, physically isolated for the safety of all. This has its ripple effect on the economy at large, which relies on individuals’ daily activities.

Consider this simplified illustration: every cab driver that usually drives you to work won’t have any income, neither will the restaurant downstairs, where you usually have your lunch.

But the loss of income and economic activity doesn’t stop there. The drivers that are forced to stay at home have a high chance of missing payments on their monthly amortization, which in turn affects the number of loans the bank writes to other individuals and businesses.

The same thing will happen to your usual lunch place. If they don’t operate, their market stall suppliers and employees won’t have any income as well. Those are the first, second, and third order of consequences from just staying at home.

In short, if we don’t try to be creative in restoring a little bit of economic activity, many small players in the local economy will simply shut down. Even after the pandemic is over, the economic recovery will not be as quick as optimists in the industry predicted. It’s like shutting down a PC with 8GB of RAM, then turning it on again with just 2GB of RAM.

Knowing that businesses are laying off employees to stay afloat, and cutting operational costs left and right in this pandemic crisis, we realized early on that our business will be heavily impacted.

As the founder of a software consulting company, my team and I provide enterprise solutions and mobile apps to Fortune 500 companies. Our usual model involves charging an amount related to the amount of work we do, plus some marginal gains. Obviously, this model will be a hard sell in this market.

Backed with our insights into the local e-commerce market, combined with years of building e-commerce related modules, we started offering free access to our product: ChatGenie, a Mini App platform that allows businesses to sell inside Facebook Messenger.

Instead of adding to their capital and operational expenditure, ChatGenie requires no upfront and monthly cost. In essence, merchants don’t have to pay at all to use it. The timing has proven to be perfect since we launched it publicly two weeks prior to Metro Manila lockdown.

To date, our Mini App platform has been used by over a thousand merchants (big and small) and facilitated over 10 million pesos worth of online transactions since the lockdown.

In Zamboanga City, ChatGenie Mini App allows the Office of the Vice President to empower wet and dry market stall owners to sell online, and tricycle drivers to have an alternative livelihood by delivering the goods to customers. The same alternative livelihood initiative is being implemented in Project 4, Quezon City.

“ Looking back, we realized that not only did we create a product that has the potential to thrive in challenging markets, but also an inclusive platform that can accommodate day-to-day economic players, such as market stall owners and tricycle drivers. ”

Recently, ChatGenie was chosen as the grand winner of the Hack-A-Tax innovation challenge of the Bureau of Internal Revenue (BIR), with the winning idea allowing businesses to file and pay taxes by just using Facebook Messenger.

The panelists include representatives from the BIR, United States Agency for International Development and private partners including UnionBank, PayMaya, and Golden Arches Development Corp. (McDonald’s Philippines).

Looking back, we realized that not only did we create a product that has the potential to thrive in challenging markets, but also an inclusive platform that can accommodate day-to-day economic players, such as market stall owners and tricycle drivers.

It’s still very early to say what the future holds for ChatGenie, given the achievements we have so far. What I’m sure of is our product will play a big role in allowing businesses, both big and small, to adjust to “the new normal” that would require the majority of sales transactions, whether delivery or pick-up, to be online. Even in-store dining, which now relies on pre-booked appointments to maintain social distancing measures, has to be facilitated quickly online.

The sooner we put back the volume of transactions and convert it to the digital economy, the sooner our markets will recover. We can take advantage of the current circumstances by teaching micro-businesses, such as wet and dry market stall owners, to go online with low cost yet robust solutions. This way, they can participate in the digital economy even after this pandemic crisis is over.

Like how SPAM and the meat curing process helped Americans during the Great Depression, ChatGenie will somehow help businesses big and small to survive and thrive in the COVID-19 recession. 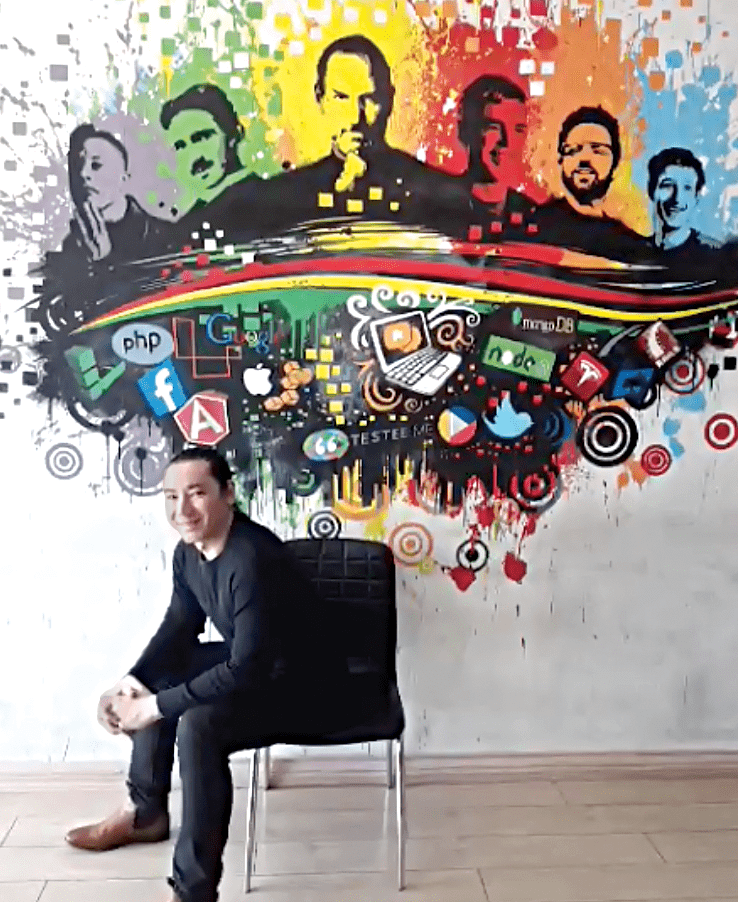