My entrepreneurial neighbors saved my cakes and cinnamon rolls

In communities around the country, people became entrepreneurs overnight, selling eggs and produce from their farms, bringing in strawberries from Baguio, and turning their garages into mini-groceries.

By VALERIE SOTTO
Copied to Clipboard

I have been baking recreationally since I was a teenager. Inspired by the women in my life as well as my high school cooking and baking classes in Assumption, I gradually became known as a budding baker in my circle.

As a young wife, I would spend my days experimenting in the kitchen — often to recreate those warm, classic desserts that would remind most people of home or childhood. Several years later, my family and friends finally convinced me to turn this hobby into a business. I began accepting small orders of my first-generation favorites like ensaymada, cinnamon rolls, and food for the gods during seasons like Christmas and Easter.

After more than a decade of just occasionally selling my goodies during the holidays, my little passion project really took off in late 2017 when my daughter Trish took over my “brand” and started marketing it seriously. She replaced our then-generic packaging to the now very elegant custom design, set up our social media accounts, and populated our pages with professionally taken photos.

Just like that, my humble home-baked goods looked like they belonged on the pages of a glossy magazine. As any small business owner knows, these seemingly big leaps were intimidating at first, but they marked a true turning point in my journey. In November of that year, Trish and I joined our first bazaar and we’ve been sprinting ever since!

In addition to taking direct orders, we now supply to selected Shell Select stores throughout Metro Manila, as well as the Polo Grounds Café and Manila’s Best Shop at the Manila Polo Club — selling throughout the year straight from my home kitchen in Ayala, Alabang. We started 2020 with a singular goal: expand, expand, expand! We had come up with a master plan for taking Valerie’s Kitchen to the next level, and the wheels were already set in motion.

But when the lockdown began in the second half of March, all those plans for expansion came to a screeching halt. How could we even think about expansion when there was a global pandemic going on, and we were all too scared to leave our houses, much less our village? With not just the country but the whole world in crisis mode, I thanked God for the blessing of simply being healthy and able to spend time with family at home.

But after just a few days on lockdown, something wonderful happened! We started promoting our desserts in the south metro foodie group on Facebook called the Yummy Home Kitchen Directory — and suddenly the orders started coming in droves! It seemed like everybody had developed a sweet tooth over the first week on quarantine; they were perhaps seeking some sort of comfort during those scary and uncertain times or wanting to create a sense of normalcy by still having cakes to celebrate birthdays, anniversaries and Easter.

More and more people tried our Dutch-style apple pie, rum cake with salted caramel glaze, sansrival, food for the gods — and my latest creations: the chocolate cheat day cake and strawberry dream cake. Soon, my neighbors were ordering not only for special occasions but also for their everyday dessert cravings. Our baking schedule got busier by the day — and by the middle of April, we were baking more than a hundred cakes a week!

Though I was thrilled by the exceedingly warm response to my goodies, the difficulties of running a home-based baking business while on enhanced community quarantine (ECQ) swiftly came out of the woodwork. Ingredient sourcing was the challenge we felt almost immediately. Most baking supplies stores were closed or had limited stock availability. And for the ingredients that were available in regular supermarkets, like sugar and flour — there were strict quotas on what one person could buy in a single trip.

This obviously posed a huge challenge for my increasing orders. How could I bake a cake without flour? Or make cinnamon rolls without cinnamon? Believing that if there was a will, there would also be a way, I searched for alternative suppliers. I was so pleased to discover that the spirit of ingenuity was alive and kicking in many of my neighbors! So many of them turned into entrepreneurs overnight, selling eggs and produce from their farms, bringing in strawberries from Baguio, some even turning their garages into mini-groceries.

More than just a way to turn in a profit, these initiatives really served our community by making basic goods more safely accessible. For me, it also meant Valerie’s Kitchen could continue baking during the lockdown. And although every week a new slew of challenges appeared, with newfound agility we, in turn, came up with solution after solution, surprising ourselves with our own creativity.

“ For Valerie’s Kitchen, and for all other businesses, the ECQ was a make-or-break period. If you had asked me before the lockdown if such a strict, large-scale quarantine would put me out of business, I would’ve said yes. ”

For the more niche baking products, I scoured different groups on Facebook and Viber to find suppliers even outside of my village who were willing to deliver or send via courier service. The prices of many ingredients also increased as expected, which meant I also had to adjust my own pricing a little — but luckily my customers were very understanding and happily accepted the new prices.

We initially couldn’t serve customers outside Ayala, Alabang because of the strict rules about guests entering the village, but some loyal customers started consolidating orders for their respective villages and we were able to meet up with them at the gate to hand over the goodies. At this point, after having experienced so many unprecedented challenges, we had developed an impenetrable can-do attitude — gamely saying “Bring it on!” whenever it seemed like the odds were against us yet again.

For Valerie’s Kitchen, and for all other businesses, the ECQ was a make-or-break period. If you had asked me before the lockdown if such a strict, large-scale quarantine would put me out of business, I would’ve said yes.

But more than anything, this trial has taught me to have faith in the resilience of my fellow entrepreneurs. Our shared passion and instinct for survival created an ecosystem of small business owners that supported each other and in the process became stronger together.

From both ends — supply as well as demand — we truly stepped up for one other. We not only helped each other source ingredients, but we also started patronizing each other’s businesses, a symbiosis I am confident will endure long after this pandemic is finally over. My story is just one of countless others that prove the fire of entrepreneurship burns brightly in all of us, and that the Filipino spirit of bayanihan is real. We now look to the future with determination rather than fear — knowing that the days ahead might be tough, but we will always be tougher. 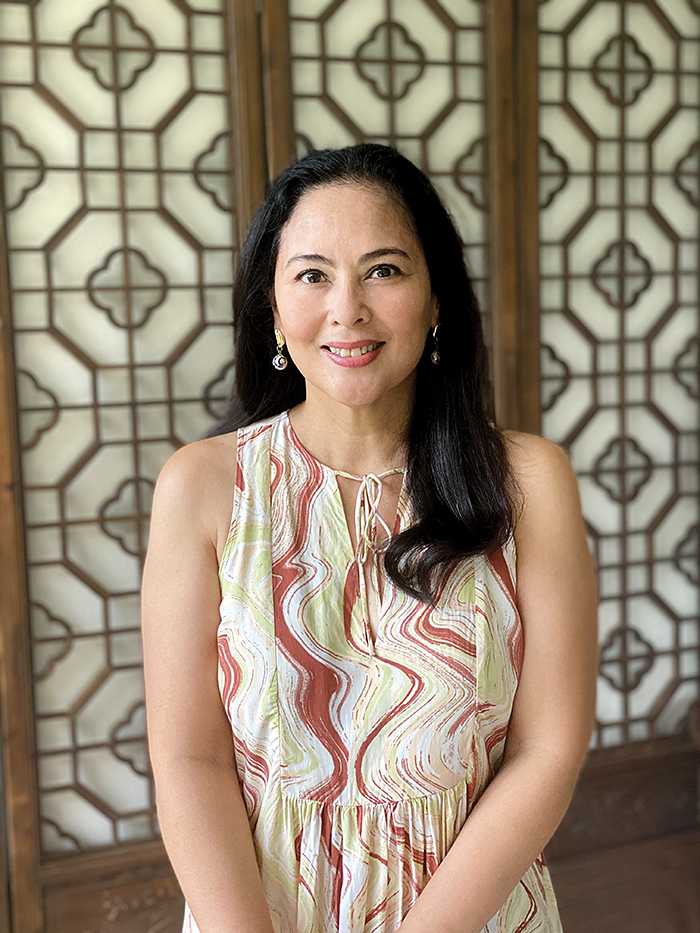 Valerie Sotto is the owner of Valerie’s Kitchen, which was launched in November 2017. Customers can pick up their goodies directly from her home in Ayala Alabang, or in selected Shell Select stores throughout Metro Manila, as well as the Manila Polo Club. Apple Pie, Rum Cake with Salted Caramel Glaze, Strawberry Dream Cake, Classic Chocolate Cake, Cheat Day Cake, Sansrival and Food for the Gods are some of her best sellers.