Thriving amidst COVID-19 — with the wheat & the chaff

The virus brings out the worst in people — from government officials demanding preferential treatments in swab testing to pseudo-experts in diverse fields. But it also brings out the best in them as the viral menace in the Philippines blurred the lines of competition among hospitals, resulting in a collaboration to fight the common enemy. All these and more are observed by the Makati Medical Center medical director.

We all certainly remember the first times.

On March 8 this year, I woke up and was greeted by notices of missed calls on my phone from the chair of the infection prevention control unit (IPCU) of Makati Medical Center (MMC). The reason for the calls? One of our patients admitted as a person under investigation (PUI) turned out to be the first documented case of COVID-19 in Makati City’s premier hospital. 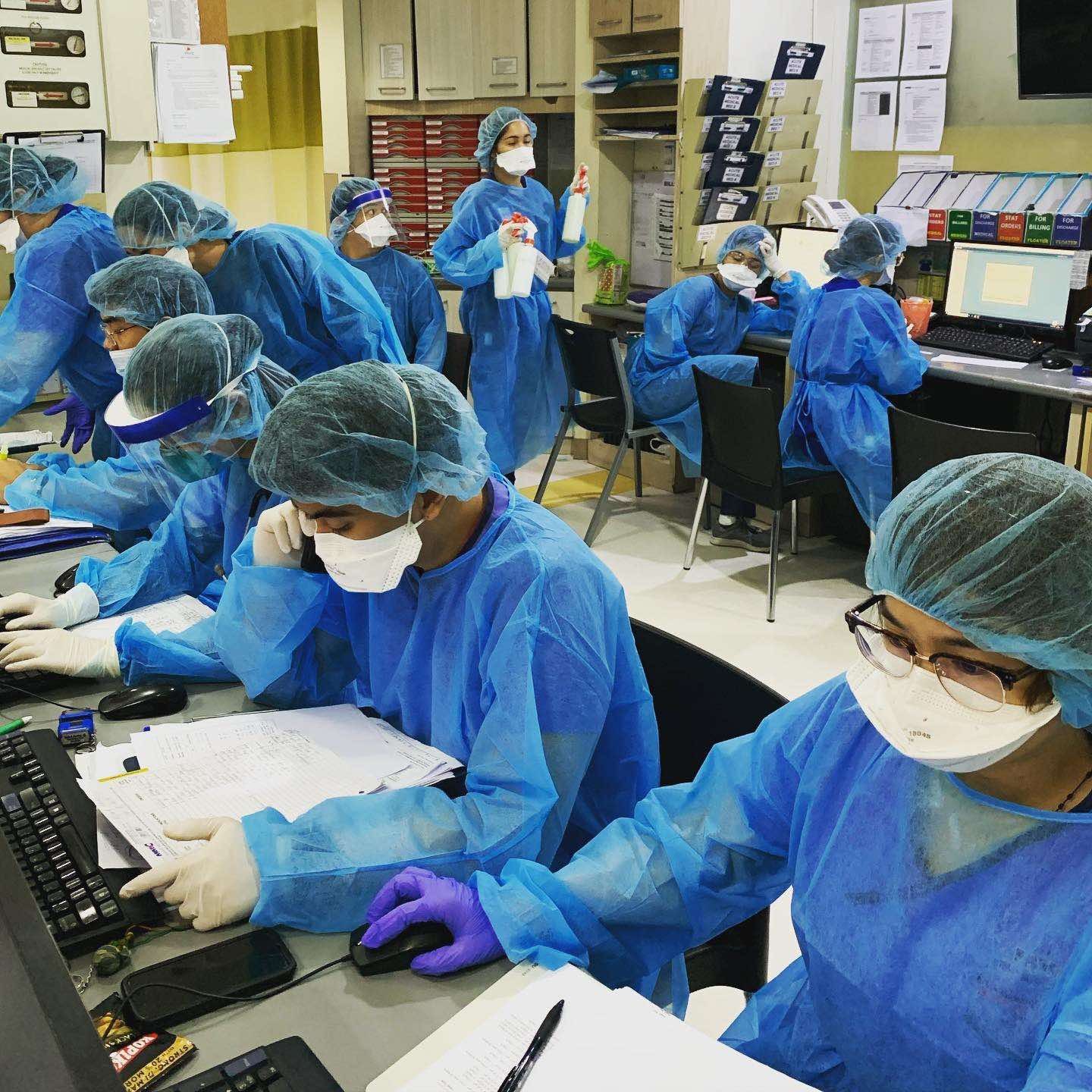 After almost two months of uneventful monitoring for the Wuhan virus since January when MMC implemented stringent screening protocols in the emergency room and after almost a month since the country’s first official documented cases of COVID-19, the seventh case in the country was at the hospital — a fact I was not very happy about.

Background: Five months before patient #7, I was appointed MMC medical director.  In the last week of January, the CEO of MMC vacated the post for personal reasons (as she originally intended). Thus, I was the five-month-old medical director on the job who would then hold the reins of this P8-billion healthcare institution as interim co-CEO (along with the vice president for finance as the other CEO). Tough luck, indeed.

As I was just trying to reach out to the members of the MMC Crisis Task Force, I was notified that DOH personnel would be visiting MMC that weekend to gather more information and determine how the government agency could help mitigate the situation. I tried to dissuade the DOH officers from identifying MMC in the media as the hospital with a COVID-19 patient. (Previously, another hospital was able to briefly “hide” its identity.) But over the phone, DOH Secretary Francisco Duque, in no uncertain terms, indicated he could not acquiesce to my request. “I am sorry, Dr. Javier, but I have to identify your hospital. This is all in the spirit of transparency.”

Thereafter, I had to reach out to Mr. Augie Palisoc, the head of Metro Pacific Hospital Holdings Inc., which MMC is part of, to give him a heads-up. “Augie, I just need you to be ready for the front-page news tomorrow,” I said. 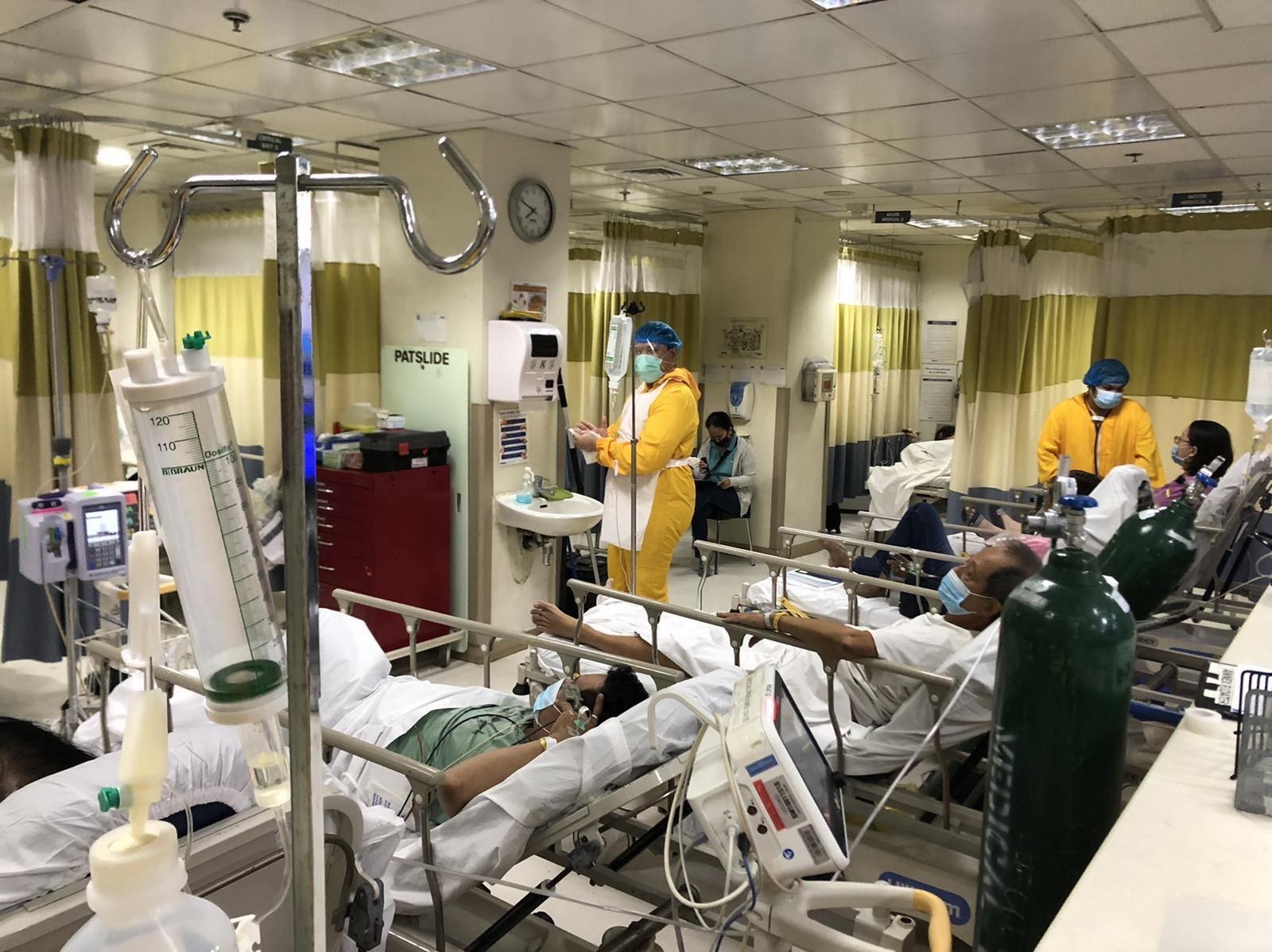 Fast forward to August 2020. More than five months after that first case, MMC has attended to more than 25,000 COVID-19 suspects. From #7, we already count beyond 2,878 confirmed cases. Now, I can only laugh at the inconsequential nature and the seeming frivolity of my initial concerns. My apprehensions have become trivial and mundane since they have been supplanted by more substantive issues, more wide-ranging preoccupations and more ominous uncertainties. The concern about hospital image has been dwarfed by more urgent and encompassing situations with far-reaching implications.

“ The pandemic blurred the lines of competition among hospitals as collaboration took centerstage. ”

After patient #7, the country accumulated as of this writing 169,213 cases and 2,687 deaths. The unprecedented medical crisis brought to the fore the inadequacy and incapability of the health authorities in responding to a crisis of this magnitude — despite the wealth of time and opportunity that we had on our hands as we witnessed how the crisis decimated lives and paralyzed economies in Wuhan, in New York, or even in Italy.

The last two weeks of March proved to be the most challenging — personally and administratively. MMC had to declare full capacity — as COVID cases kept coming, utilizing all available beds in the COVID-designated floors and the emergency room. The supplies of PPE including masks were running low, many healthcare workers were quarantined, a few were hospitalized, a number of physicians in other centers had succumbed to the virus and the morale of the medical community was being perpetually challenged.

“ It became clear that the fight could not be won alone because it needed a unified and coordinated strategy to beat the viral menace. ”

But it also brought upon itself the silver lining nobody expected or imagined. When the protocols of infection control and contamination in MMC were breached by a duly elected Senate official, it mobilized the entire MMC medical community to stay on the side of truth and stand behind the leadership. It galvanized the support for healthcare workers and frontliner institutions, not only for MMC, but for all other healthcare workers in general. It proved cathartic for many sectors, which seethed with anti-VIP sentiment as many citizens lamented the preferential testing of government officials despite insufficient testing kits. The perceived prioritization of politicians was anathema to most ordinary citizens who recognized the scarcity of precious testing kits.

The pandemic likewise blurred the lines of competition among hospitals as collaboration took centerstage. Several external engagements with other hospital leaders and administrators — mostly via social media platforms — emerged instantaneously. It became clear that the fight could not be won alone because it needed a unified and coordinated strategy to beat the viral menace.

“ The crisis managed to bring out the best and the worst in some of us. As true leaders and trailblazers emerged, it also spawned publicity-deprived grandstanders or pseudo-experts in diverse fields. ”

As solidarity and unity have suddenly become buzzwords in medical circles and other social venues, one wonders if the engagement has always produced the expected response or the desired outcome. While there may be no concrete and tangible results, the realization that one is not alone — trying to conquer the unknown, the uncertain and the unseen in a time of crisis — somehow softens the blow. 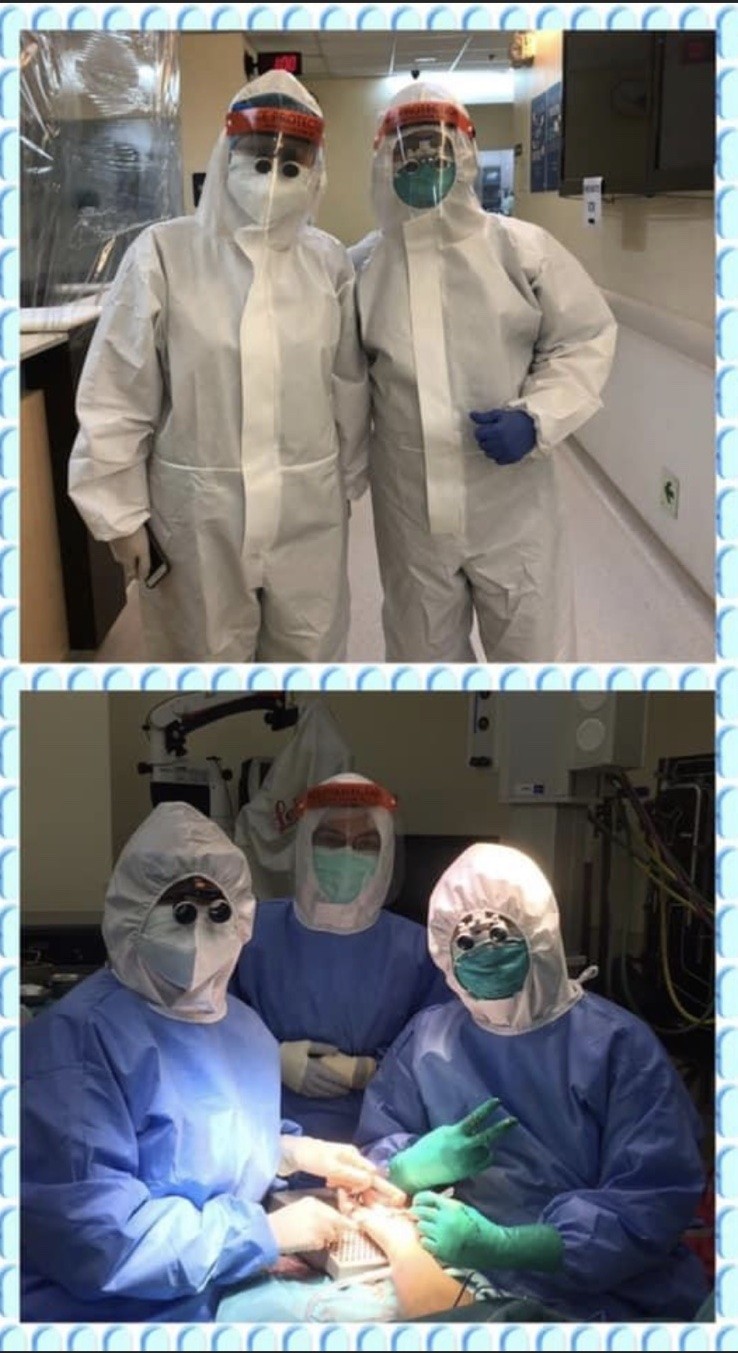 Importantly, the crisis managed to bring out the best and the worst in some of us. As true leaders and trailblazers emerged, it also spawned publicity-deprived grandstanders or pseudo-experts in diverse fields. As a hospital director and administrator, I had the supreme challenge of recognizing “noise” from the real voice. I had to filter the essential purposeful grain from the useless chaff of mindless chatter and empty rhetoric that sought nothing else but media visibility and social glorification.

Going through several communication platforms in the last five months, one could easily realize who really made sense, who would bring about a difference or who were just engaging in pathetically meaningless talk. I always welcomed listening to others even if their ideas were antithetical to mine — because they made me realize the substance of my own. Or the need to trash mine when the wisdom of others prevail.

As the pandemic rages on, I manage to thrive — deciphering the essential principles of true leaders from the inanities of the frustratingly  hopeless ones. The former leads you to worthwhile outcomes and good decisions, while the latter makes you realize you really just need to skillfully discard the chaff that makes the grain truly precious. They both serve a useful purpose.