The indie film community comes together to help its most vulnerable

The largely freelance film industry has been dealt a crushing blow by the pandemic, but it has also come together like never before. One unifying initiative is the Lockdown Cinema Club, the brainchild of independent filmmakers wanting to help fellow members of the community survive the worst of the crisis.

By CAMILLE ARAGONA
Copied to Clipboard

It was 5 p.m., March 15, I was about to go to the mall when I realized that at midnight, Luzon and other parts of the country would be placed under enhanced community quarantine (ECQ), which was really just a fancy way to call a total lockdown. I didn’t have a big reaction over it. No panic, no anxiety, no nothing. I got to the mall and it felt like a normal day until I saw the usual mall crowd thinning out. It was eerily quiet. I felt oddly vulnerable.

A week into the lockdown, I found out that a friend was exposed to a group of filmmakers identified as persons under investigation or PUI. I started to panic. We were together just days before. The next day, I had an unbearable migraine and fever. I knew I was in deep trouble. I kept thinking of my 70-year-old mom and my 10-year-old son. Both of them are asthmatic. Luckily, I woke up in the morning after feeling better. I was relieved but then my anxieties re-emerged after I started scrolling through my newsfeed — left and right, film, TV and advertising productions were being shut down.

I got a call from my producer that the TV series I was supposed to work on was going to be put on hold. Reality sank in further. How would I pay my son’s tuition? I started to count the checks I needed to collect. I thought to myself: “Okay, I’m good until June, but what if the virus doesn’t go away after then? How am I going to feed my kid?” I work, after all, in an industry that doesn’t adapt well to a work-from-home set-up.

I sat in bed with a head full of questions. I fell down the rabbit hole of worries, realizing that I’m actually one of the lucky few. What about the others — fellow filmmakers falling at the very bottom of the industry strata? All I could do was call up industry friends in hopes of exchanging ideas that would lead to some answers. Some were in denial about the gravity of the situation; some were just plain realistic to the point of pessimism. I felt more and more vulnerable. I was helpless.

While I felt all sorts of feelings, random conversations through online chat with other filmmakers gave me a peek into what they were going through. One of them was Eduardo Dayao, a freelance director and screenwriter who had to deal with his inner demons as well. “I am a freelancer, a screenwriter and a hypochondriac, which means I’m used to having no money, working in quarantine and experiencing constant medical anxiety. This is my old normal. But the level-up in uncertainty, in paranoia, in terror, is insane. It’s all very apocalyptic, money runs out on a regular basis, projects get put on hold, panic attacks become more frequent. But the silver lining could be how my focus has been recalibrated to what matters. I’m writing every day and, for the first time, I’m not sure if anything will come out of what I’m writing. Oddly enough, they’ve become more a pleasure to write.”

While there were others who shared the same anxieties and desire to act on the situation, it didn’t feel like there was going to be a concentrated effort to address the issue. I was thinking, “We have out-of-work people barely scraping by. How can we help?” Just when I was about to give up, I found a friend who I only used to see at film parties and we instantly connected.

During the first days of lockdown, Carl Chavez posted a call for filmmakers to lend their films for free in exchange for donations to frontliners. I thought that would be a great idea for a fundraiser. I called him up and asked if he was willing to create the same initiative for our film workers. Without a second thought, he said yes. We started reaching out to other industry friends and asked for their help. And amid the Zoom calls, Facebook chats and exciting text exchanges, Lockdown Cinema Club (LCC) was brought to life.

We assembled an odd mix of people representing different sectors of the industry to become the LCC core group. We barely knew each other prior to this effort but we all gravitated to the idea that we needed to do something for our industry.

Working on Lockdown Cinema Club was like being in a typical shoot. It was just as intense, stressful and fulfilling after each project was accomplished. And with each successful push and each donation that trickled in, we slowly grew confident that we were on the right path. Together with the LCC core group, I didn’t feel so helpless anymore.

In retrospect, we were practically nobodies in the industry. Who in their right mind would have trusted us? Even some of my own friends doubted our intentions at the beginning. I lost some friends as a result and the list of trust issues just piled up from there. But more than anything, I was angry at the situation and it was evident that asking support from a legitimate government body that could lend us more credibility was out of question. It didn’t help that ABS-CBN’s broadcast operations were shut down, consequently increasing the number of entertainment industry people out of work.

“ In truth, our industry is dying. More than a shoulder to lean on, the film industry needs a new set of limbs beyond this pandemic. ”

There is also the Film Development Council of the Philippines’ new process of regulating our shoot that seems like additional paperwork and can also lead to content monitoring. Our industry doesn’t need this and it seems our government certainly has other priorities in mind.

Just watching the news every day of locally stranded individuals and overseas Filipino workers left to their own devices against the elements while waiting for a slim shot to go home to their families, is evident that ordinary citizens have no one to turn to.

“ Cinemas are dead and the number of film workers allowed on any given set is severely limited. The industry, as a whole, will not survive without mass gatherings from end to end. ”

For our part, we’re not trying to act like saviors. We only want to help even if it’s just that small section of society that we are a part of. We were nobodies, but I can proudly say that LCC has served as a shoulder to lean on for the 1,540  film workers in dire need during this pandemic. It still feels so surreal.

But after all that’s been said and done, there remains a long-standing issue unaddressed. What happens after? For years, local filmmakers have been battling for recognition or, at least, a level of support that would propel the industry out of the red zone. In truth, our industry is dying. More than a shoulder to lean on, the film industry needs a new set of limbs beyond this pandemic.

We have a lot of outstanding films but the struggle has always been in reaching our audience given the lack of support from cinema owners in having more slots to show our films. Add to that the devastating working conditions filmmakers have to deal with just to get their films made on a shoestring budget. These two issues are now amplified by the conditions built against us by the pandemic. Cinemas are dead and the number of film workers allowed on any given set is severely limited. The industry, as a whole, will not survive without mass gatherings from end to end.

But if there’s any consolation, this pandemic has helped unite us. Beyond the nurturing atmosphere of cooperation, generosity and excitement cultivated by LCC’s various projects with a hodge-podge of industry practitioners and filmmakers from all backgrounds, we have found a new drive to push the industry to new heights.

“ The industry often feels like a microcosm of the country. Just like how ordinary citizens are now helping out their fellowmen in the absence of real government solutions, filmmakers are helping out each other, no thanks to any government body. ”

Guilds representing all the departments have been assembled. Discourse on how we can all safely return to work has opened up. I’ve become more active in being part of these guilds and a witness to how various stakeholders from the film, television and advertising fields have come together in solidarity, focusing on promoting safety and healthy protocols within the creative industry. These same platforms have become active hubs to discuss political issues and help us act against the injustices the country is facing. It has started to feel like one big support group. The energy we’re sending out speaks clearly of what we believe in — so long as we have each other to turn to, we are not helpless. We can act as one and we will never give up.

When I asked my other colleagues from the Lockdown Cinema Club about their own quarantine experience, Ilsa Malsi, an editor, told me that it provided the opportunity for her and other film editors to organize.

“The pandemic unlocked a lot of our latent distress at economic insecurity in the film industry, which existed before the pandemic, and we needed to talk to each other about it, to figure out if there are solutions to be implemented on our side, the workers’ side, but more so to be human and acknowledge pain where it exists. Engagement within our community has never been higher because our needs have never been more felt,” she said.

“We, Filipino film editors, have been sharing our findings with our work collaborators — starting with meeting groups of film producers, independent and studio-based, with plans to dialogue with film festival heads and directors, too. So far, the reactions have been mostly positive, and we’re optimistic about this process and the possibility of a vastly more egalitarian way of working in the film industry. The industry exists for its workers, too, and their livelihoods.”

The industry often feels like a microcosm of the country. Just like how ordinary citizens are now helping out their fellowmen in the absence of real government solutions, filmmakers are helping out each other, no thanks to any government body.

As of writing, it is now the fourth month of this quarantine. They may want to shut us down, tie us down and silence us, but this industry that we have loved for so long will always manage to survive. This is not the time to sit it out and wave the white flag, a tradition that began with our forefathers in their fight for freedom. This fight is now ours and we must stand together united, made stronger and wiser by this pandemic. We may be vulnerable now, but we are not helpless. 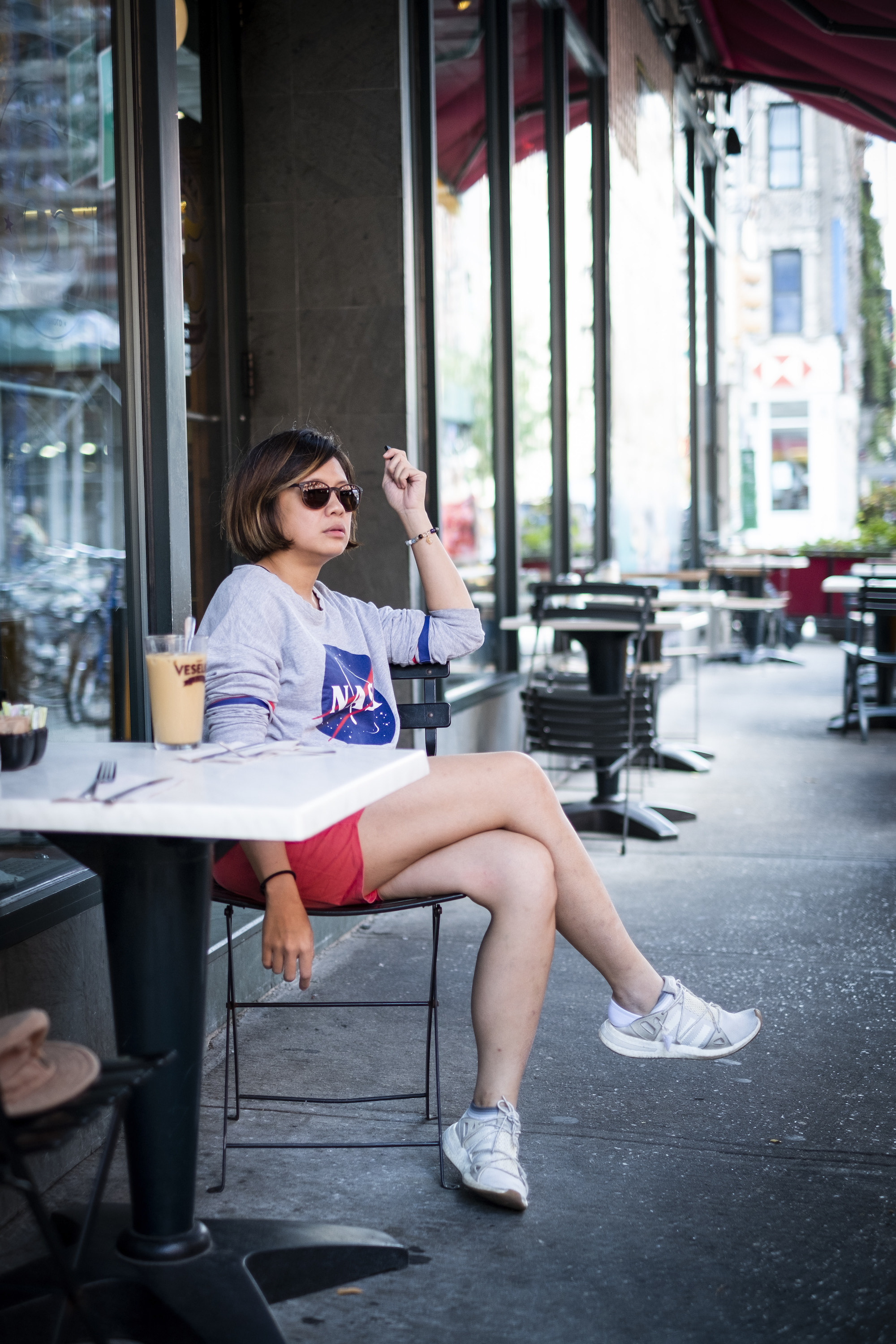